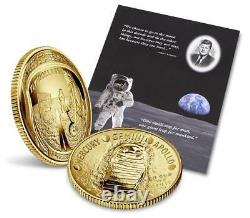 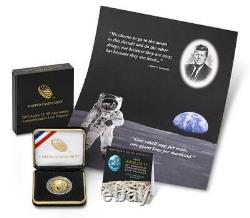 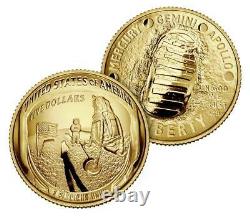 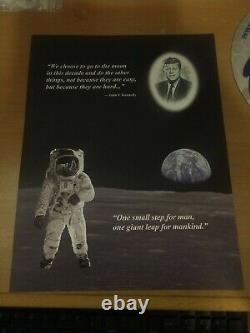 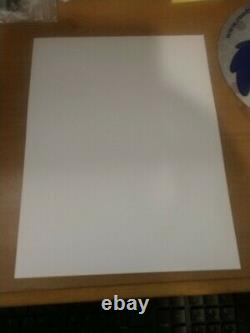 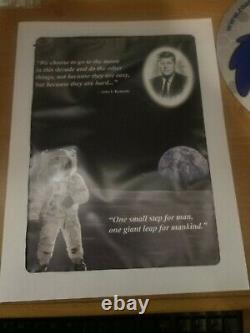 Coin and print to commemorate the first manned Moon landing in 1969. Intaglio print available only in this product or 2019 Apollo 11 50th Anniversary Proof Silver Dollar and Kennedy-Apollo 11 Print. The United States Mint and Bureau of Engraving and Printing are proud to offer this coin and print combination to help commemorate the first manned Moon landing on July 20, 1969. This product features an Apollo 11 50th Anniversary Gold Proof Coin and a Kennedy-Apollo 11 Intaglio Print. Coin Obverse: This design features the inscriptions MERCURY, GEMINI, and APOLLO, separated by phases of the Moon, and a footprint on the lunar surface, which together represent the efforts of the United States space program leading up to the first manned Moon landing.

Additional inscriptions include 2019, IN GOD WE TRUST, and LIBERTY. Coin Reverse: This design features a representation of a close-up of the famous Buzz Aldrin on the Moon photograph taken July 20, 1969, that shows just the visor and part of the helmet of astronaut Buzz Aldrin. The reflection in Buzz Aldrins helmet includes astronaut Neil Armstrong, the United States flag, and the lunar lander. Inscriptions include UNITED STATES OF AMERICA, FIVE DOLLARS, and E PLURIBUS UNUM.

The print features the official engraved portrait of President John F. Kennedy, with his challenge to the Nation, overlooking the breathtaking image of the Earth rise taken during the Apollo 11 mission. An engraved representation of the iconic Buzz Aldrin photograph is depicted.