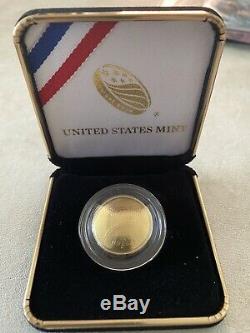 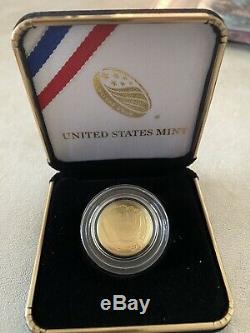 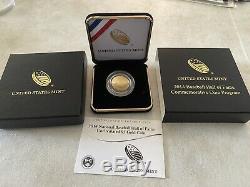 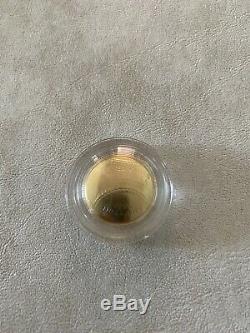 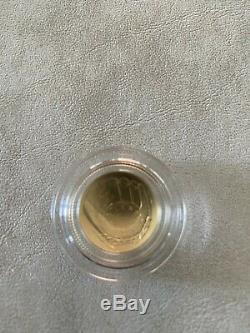 This listing is for a W Mint Gold Proof Strike of the New National Baseball Hall of Fame Coin B31. The coin is West Point Mint Gold Proof, with box and COA. This is a very unique coin and there is demand for the coin from baseball fans everywhere. These coins are being issued in recognition and celebration of the National Baseball Hall of Fame, which celebrates its 75th anniversary in 2014.

The National Baseball Hall of Fame Coins first released on March 27th 2014. So please place your order here. From April 11-May 11, 2013, a nationwide competition was held to determine the obverse design for the coin. The initials of the design winner are on the coin. The common obverse (heads) design depicts a glove that, combined with the baseball design featured on the reverse, exemplifies the most basic elements of our national pastime or a simple game of catch in the backyard or at the local sandlot.

The glove design also highlights the unique concavity of the coin. The winning design, submitted by Cassie McFarland, was selected from the finalists by the Department of the Treasury on September 4, 2013, after consultation with the National Baseball Hall of Fame and U.

Commission of Fine Arts and review by the Citizens Coinage Advisory Committee. The common inscriptions on each coin's obverse are LIBERTY, IN GOD WE TRUST, and 2014. The obverse design was sculpted by United States Mint Sculptor-Engraver Don Everhart.

Common Obverse of the 2014 National Baseball Hall of Fame Commemorative Coin. The common reverse (tails) design of each coin depicts a baseball similar to those used in Major League Baseball®. The final design, also designed and sculpted by Everhart, was approved by the Department of the Treasury on May 20, 2013, after consultation with the National Baseball Hall of Fame and U.

The common inscriptions on each coin's reverse are UNITED STATES OF AMERICA and E PLURIBUS UNUM. Additional inscriptions (seen below) are. Five Dollar on the Gold Uncirculated coin.

The National Baseball Hall of Fame Commemorative dollar coins will have a shape such that the obverse is concave and the reverse is convex. While these will be the first curved coins ever minted by the United States Mint, it did produce the curved 1973 Roberto Walker Clemente Congressional Gold Medal in honor of the late Pittsburgh Pirates star right fielder. The National Baseball Commemorative Coin Act specifically refers to modeling the coins after the convex/concave 2009 International Year of Astronomy Coins minted and issued by the Monnaie de Paris (French Mint).

Height of Dome: 0.085 inches. At a young age, Cassie McFarland understood the importance of communicating through art.

Thanks to the support and encouragement of her family, she pursued her passion for art, earning a degree in Fine Arts, Studio Art and Design from California Polytechnic State University in San Luis Obispo, CA. Not yet out of her twenties, Cassie has created a legacy with her winning design of the common obverse (heads side) of the National Baseball Hall of Fame Commemorative Coin. Cassie entered the national design competition because she was intrigued with the idea that America's coins tap into the history and personality of the nation. Creating a design that celebrates America's pastime also appealed to her because she played softball as a child and attended Major League Baseball games with her fathercheering for the Los Angeles Dodgers. She is now a San Francisco Giants fan.

Cassie resides in San Luis Obispo, where she practices figurative painting and photography. She recently established a collective of professionals working to promote visual and performing arts within her community.

Winning this contest is her first recognition on the national level and one that Cassie hopes will sustain her trajectory as an artist who contributes to public service through her passion and skill. Upon deciding to pursue the design competition, Cassie quickly determined that depicting a baseball glove would complement the design legislated for the common reverse (tails side) and the concave shape of the coin also lent itself perfectly to the depiction of a glove. The baseball glove used to guide Cassie's design was inspired by a well-loved and well-used glove that always seemed to be within arm's reach in her childhood home. Friends and family would use it for impromptu games or to play catch.

Like the glove that was always nearby, Cassie feels that baseball and coins are a natural part of our lives. She wanted to depict a common object remembered with great fondness that could strike an emotional chord in fellow Americans, no matter their age. These special coins are a great for educational gifts or for encouraging young relatives to start collecting. Little keepsake gifts for young baseball players that will increase in value as prices rise. The item "2014 W National Baseball Hall of Fame Gold Uncirculated 5 Dollar Coin COA B32" is in sale since Friday, August 14, 2020.

This item is in the category "Coins & Paper Money\Coins\ US\Commemorative\Modern Gold (1984-Now)". The seller is "wafdawg" and is located in Lynbrook, New York.