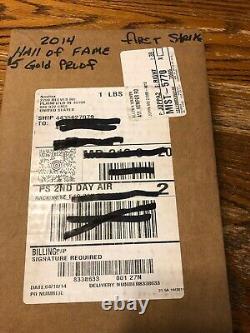 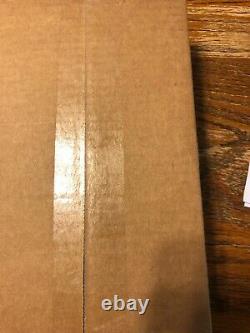 In 2014, the United States Mint launched a commemorative coin program to recognize and celebrate the 75th anniversary of the National Baseball Hall of Fame. The program was highly popular with collectors due to both its subject matter and the innovative features of the coins. Carried a concave obverse design depicting a baseball glove with the inscriptions Liberty, In God We Trust, and the date 2014. The convex reverse design of the coin featured a baseball similar to those used by Major League Baseball.

The inscriptions read United States of America, E Pluribus Unum, and the nominal face value Five Dollars. The obverse was designed by Cassie McFarland, who was the winner of a design competition.

Don Everhart was the engraver of the obverse, as well as the designer and engraver of the reverse. The gold coins were struck in a composition of 90% gold and 10% alloy with a diameter of 0.85 inch, height of 0.141 inch, and weight of 8.359 grams. Proof and uncirculated versions of the coin were produced at the West Point Mint, with a maximum mintage of 50,000 pieces across both versions.

An ordering limit of 50 coins per version per household was imposed. Before the end of the opening day of sales, the United States Mint placed a waiting list notification on the coins product page indicating that orders had already been received to account for the full 50,000 maximum authorized mintage. Secondary market prices for the coins rose quickly following the one-day sell out and remain at heightened levels for this popular and innovate offering. The final mintages for the gold coins were reported as 32,427 proofs and 17,677 uncirculated coins. The item "2014 Baseball Hall of Fame Proof $5 Gold Coin Mint Sealed First Strike Eligible" is in sale since Thursday, October 8, 2020.