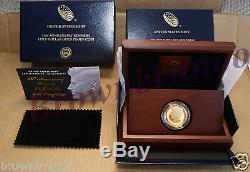 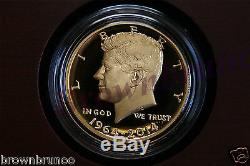 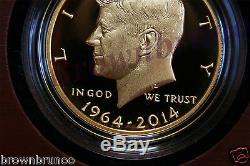 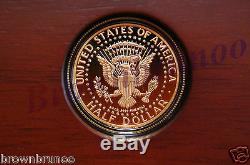 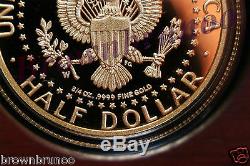 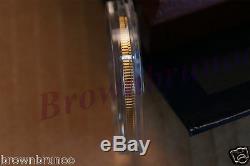 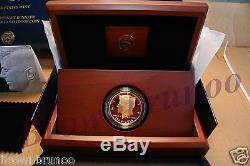 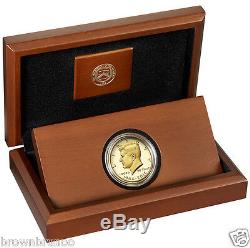 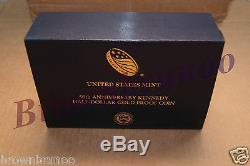 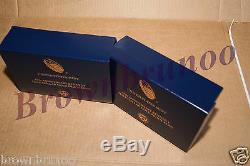 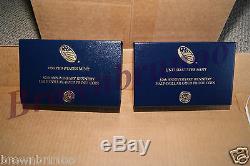 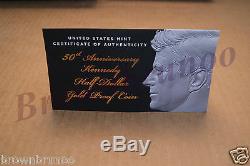 2014 50th Anniversary Kennedy Half Dollar GOLD PROOF Coin K15. Commemorating the 50th anniversary of the Kennedy half-dollar, the United States Mint will offer its first-ever gold half-dollar. Each coin contains ¾ troy ounce of pure, 24-karat gold and is struck with a proof finish at the United States Mint at West Point, New York. The raised Kennedy profile is frosted and appears to float on the mirror-like background. The coins are encapsulated and packaged in a single custom-designed, brown mahogany hardwood presentation case with removable coin well and are accompanied by a Certificate of Authenticity. Obverse: A portrait of John Fitzgerald Kennedy, the youngest-ever-elected president.

It consists of a heraldic eagle with a shield on its breast holding a symbolic olive branch and bundle of 13 arrows. It features the inscriptions UNITED STATES OF AMERICA, HALF DOLLAR and ¾ OZ. A ring of 50 stars surrounds the design, which gives this coin the distinction of having more stars than any other U. Coin ever produced for circulation.